Okay, I wouldn't do this usually, but here goes.

Earlier today, I, Roxymeep772 on MSP, was hacked by who I assume is a new hacker. I'll put the full story below.

I uploaded an artbook (now deleted) about a contest I was going to hold where I'd buy people's wishlists (not that that matters). I said that to win, you had to either be my friend already or add me then. That's when "m a l c o n t e n t" added me. She was Level 4 or 5, in mostly starter clothes in black (the cropped jumper, jeans and flat shoes). She had the rare hair Japanese Buns (probably due to it being rare week) and the "Teeth" and "Eyes All Over" accessories on her face. don't know her eye or lip colour because they were covered. I assumed she was just someone entering the contest as she'd commented on the artbook so I accepted the request. Soon, she started talking to me. I'll post screenshots of the whole conversation but it basically was her saying things like "you know me" and "i know you" and me being confused.

Meanwhile, I posted a status in which I said "I'm a bit worried about this person messaging me" (because she was acting odd) and was talking to my friend, the user Mahoux. He watched what happened next.

Suddenly I was logged off. By the time I managed to log back in, 5 minutes (give or take) had passed and she'd done whatever she needed to do. An important thing to mention is that I knew it was her due to the matching status she gave me to hers, hers being a quote from 1984 by George Orwell and mine being "Big Brother is Watching". I've never read 1984 personally, but the quote was this: '"You are the dead," repeated the iron voice.' Not sure which chapter it's from, but it's a bit creepy all the same. Apart from that, not much had changed apart from a series of messages to said friend Mahoux during the period I was logged out. Again, I'll post screenshots below. I quickly blocked the user "m a l c o n t e n t" and both Mahoux and I posted photos and I made an artbook to raise awareness.

The user who hacked me 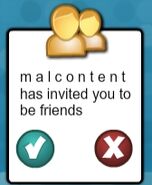 The image "mahoux" uploaded along with mine 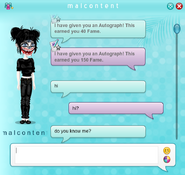 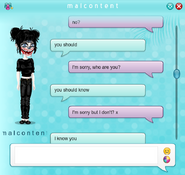 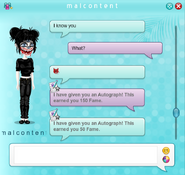 the devil face was just before i was logged out and the autos happened while i was "offline" - I'm not VIP so I shouldn't be able to send autos that soon after?!

I was brave enough to unblock her later, only to get this message? 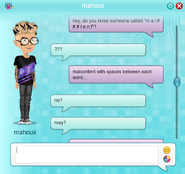 mahoux and i talking before the hacking 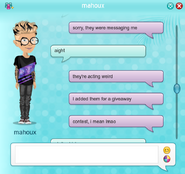 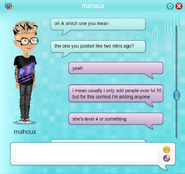 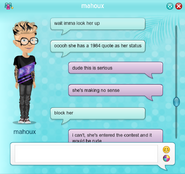 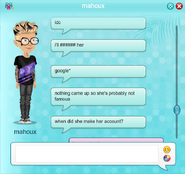 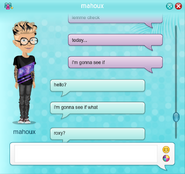 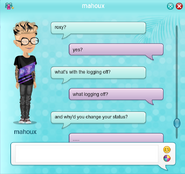 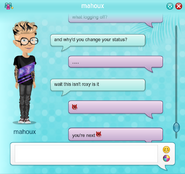 after this she apparently tried to friend him, which he declined (wisely)
Add a photo to this gallery

As well as this, an account called >DogHackerHunter< tried to talk to her, seemingly the only one to get a response apart from Mahoux and I. She was convinced this person was me faking the hack until speaking to me (apparently the hacker gave her my name? I'm as confused as you).

All I have to say is, please don't add this person or, more importantly, accept a request from her. I found that she only hacks people of her choice from >DogHackerHunter<

Retrieved from "https://msp-hacker-hunters.fandom.com/wiki/User_blog:Autotunenerd/new_hacker%3F?oldid=22409"
Community content is available under CC-BY-SA unless otherwise noted.